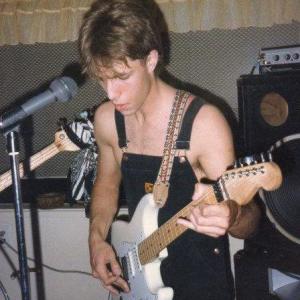 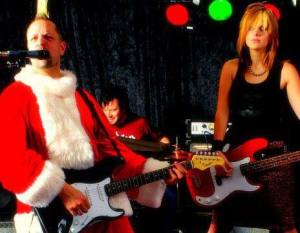 Wife Alex and I for music store catalog 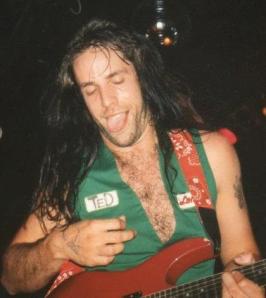 Sinister Sam gig at the Cactus Club, circa mid 90’s 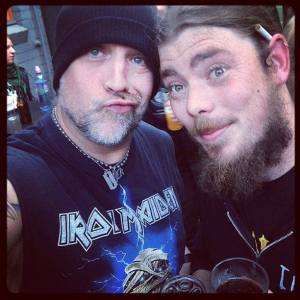 Luke Walton, best dude ever. I was in a melodic death metal band with him called Here I Die. We played a handful of shows. He helps me record stuff as I’m currently too dumb to deal with Pro Tools. Very supportive friend and great person. Awesome daughters. 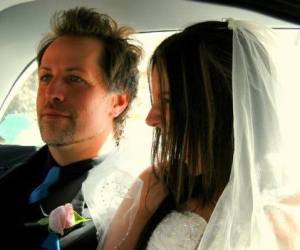 Alex and I at our wedding. She is thee most amazing human being I have ever met. I am supposed to say that if I want more guitar gear. 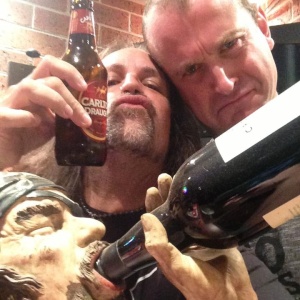 I met Ben Quirk at the music store we both worked at. We kept missing each other. Then we finally met, and whaddya know? We both LOVED Meshuggah and jamming with each other. 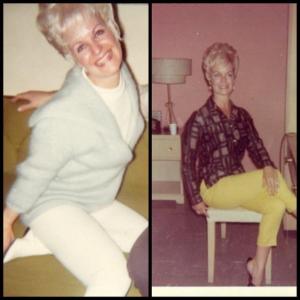 This is my beautiful mother Joan Sanders. We did so much laughing. RIP. 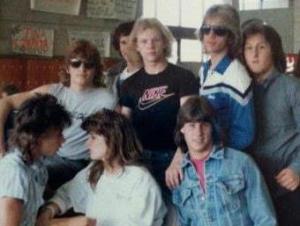 This is Gunderson High School in San Jose, California – 1984 I believe. I have more than half of them as Facebook friends. We all still play music. 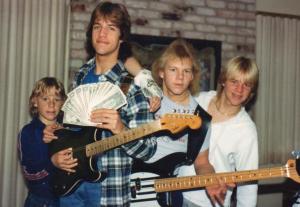 16th bday. I miss my Tokai Strat. Had to sell it for an energy bill. Never sell your gear for ANY REASON. Those boys are my step-bros.

Update: I got the guitar back!! Check out the clip. 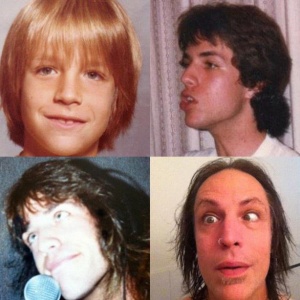 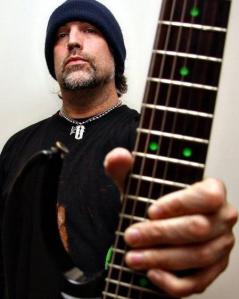 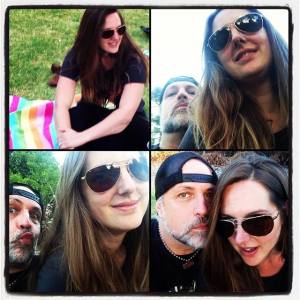 Alex and I at a park near our joint 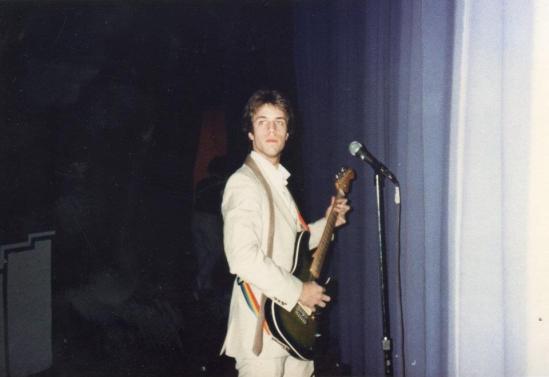 Gunderson High School talent show. I’m about 17 here. Even here you could see I was gay friendly. 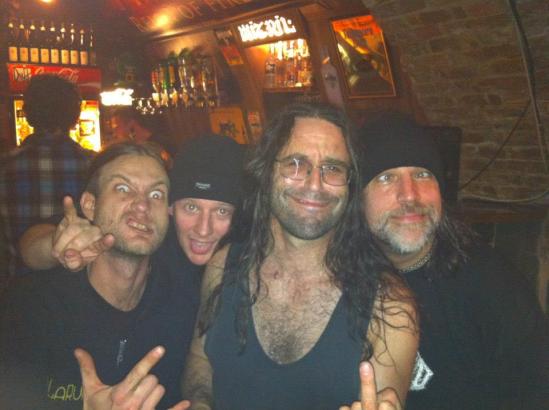 Alarum Lev Hex tour. This was somewhere in Czech Republic. Extremely small venue, but both bands played MAD SETS. This was afterwords, when everyone was carrying on. If this night were made into a movie, this hour would have the slow motion montage with some poignant music playing over the top of it. So many laughs going on, incredible!! 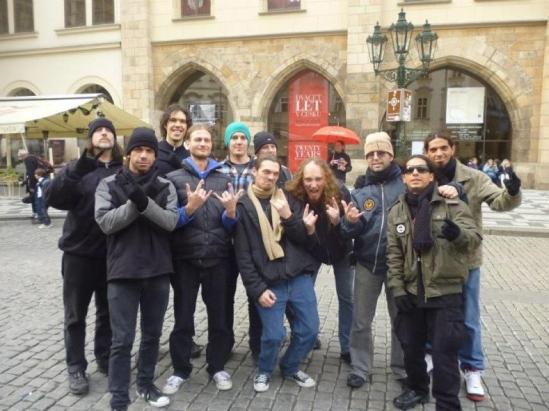 The band from South America called (I forget! Starts with A though I got the drummer on FB). We played a show with them in Slovenia. This pic was taken in Czech some time before that show. 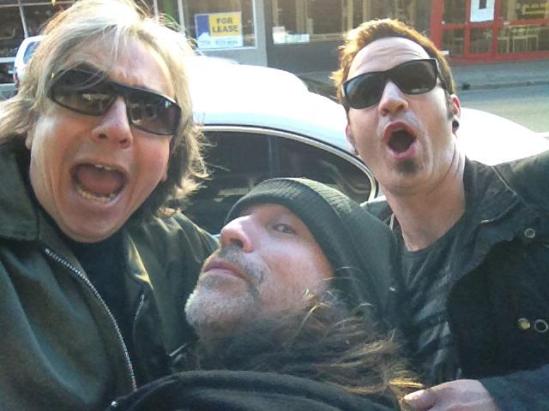 Nate, myself and James the day after VH played at Stone Music Festival in Sydney. Hipsters have destroyed Newtown and made it 100% BORING. I’ve known Nate since I was 24 and James for a good 10 years. Both awesome and fun. 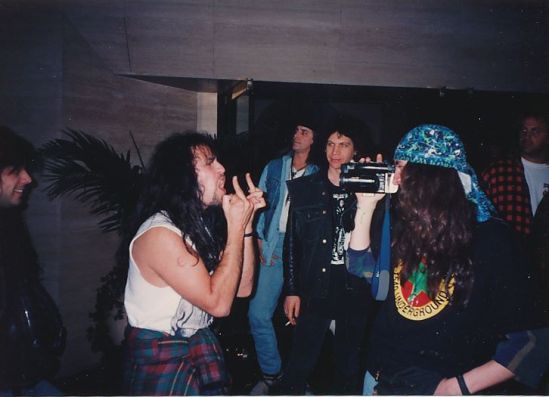 Nate filming me drunk at NAMM, giving Lorena Bobbit a PSA. They called me Jungle Man. I was out of control. I was also in my 20’s, so it’s allowed. 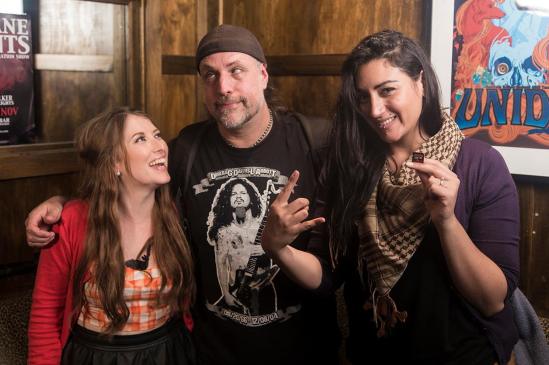 The Heavy girls, Cassie and Sheri. We have a good time when we do these things. Cassie has saved my tush more than once. Way pro. Had goods chats with Sheri also. Love them. 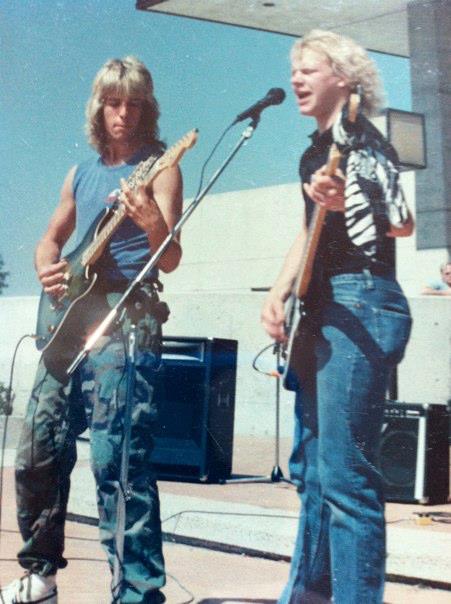 After school gig right after school, which was shit. I wanted lunch time slot and we got boned for whatever reason. This was Knights; we played Priest, Dokken, Van Halen, Ratt, Dio, Maiden, and that was about it. I miss those pants. And California weather. 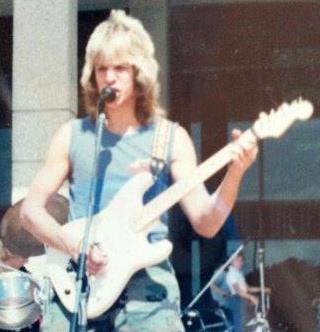 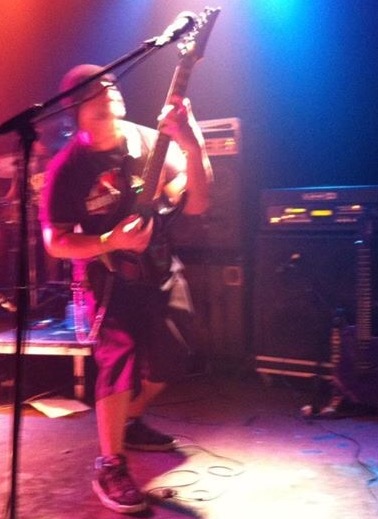 Alarum headlining gig at The Espy. Dean Wells took this. Thanks Dean!! 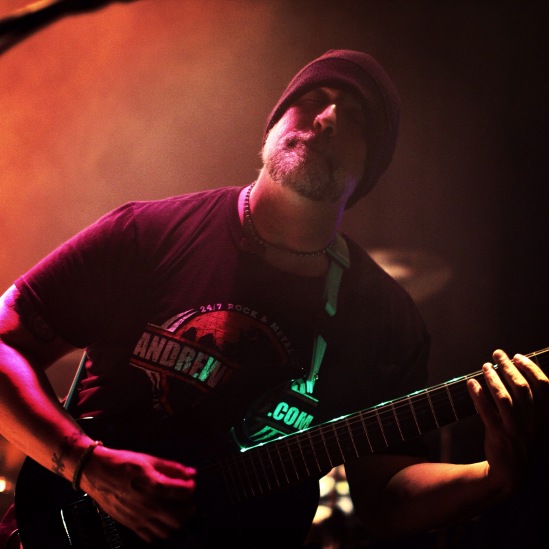 Last time I visited my dad and stepmom: May of 2014. Dad and I did a father/son trip to Texas to meet some relatives. It was good. His hair is actually part of the hat, he ain’t foolin’ no one.. 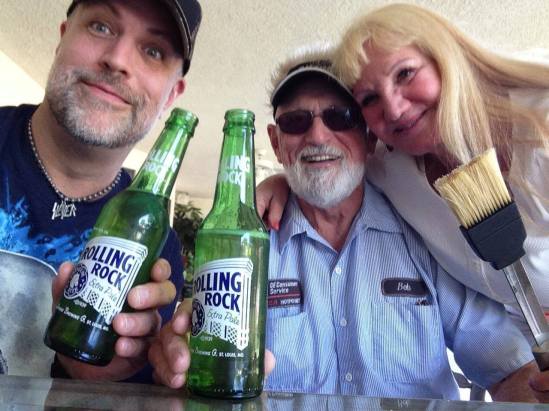 Same trip, I believe. These are my sisters Lori and Lynda. Lori helped raise me. Mom and I lived with Lynda when I was 12 and again when I was 21.I love them both immensely. They’re both retired. Lori does a lot of wine tasting tours and Lynda hangs out with her grandson and does grammaw shit.They’re both in their 60’s. Fucking vampires, right?

I’m nursing a massive hangover in that pic. 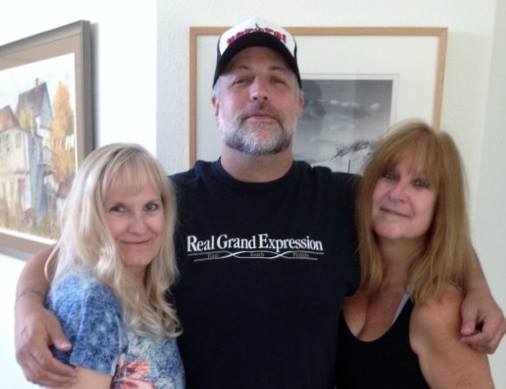 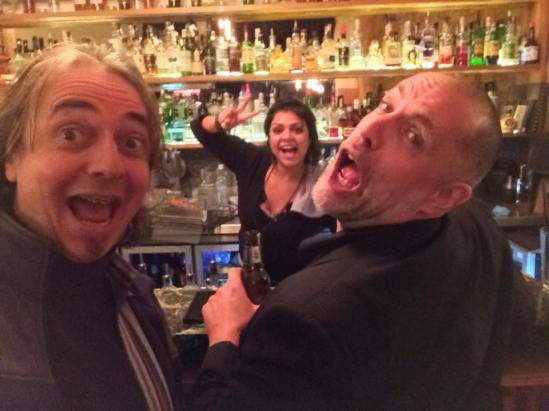 Okay, Nate..he runs the Podcast The Vinyl Guide, check it. I knew him when we both lived in San Jose, Ca. I moved to Australia first, then about 5-6 years later he followed (not to copy me, he fell in love with US born Sydneysider). So this weekend Nate had come down to visit, and we drank (more or less) the whole time. This particular night I had started drinking at 5:30 at night. We were invited to a friend’s 30th and we didn’t get there til about 9, and lemme tell you, I was gone!! Nothing more bizarre than having adult conversations when you’re absolutely shitfaced and loving life. After that party, we went to The Noble Expirament (downstairs bar open exclusively to Bday girl friends and no one else) we were continued to drink hardcore!! The put on NWA’s Fuck the Police and I rapped to the whole bar staff (who actually loved it, to my surprise). Anyways, great night. I stopped drinking the weekend after for 8 months. Nate is one of my closest friends and I love him dearly, we have never argued, but have laughed wayyyyyy too much. He has an awesome wife and two terrific sons. he deserves every great thing that comes his way.