I’ll make this quick, as I’m sick and I feel like shit.

Casse Walker and I interviewed about 15-18 bands yesterday at SOUNDWAVE for HEAVY Magazine’s HEAVY TV.

All I can say is, it was great!! The bands were diggin’ it, huge crowds (the event gets bigger each year), and everyone had a blast. 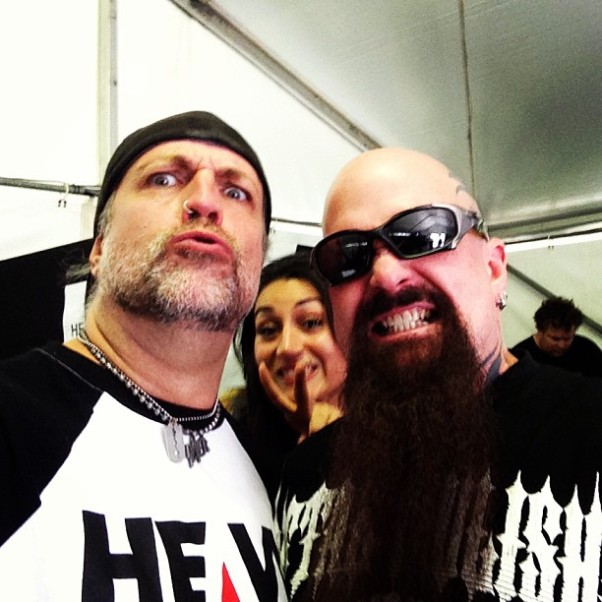 So, top photo is myself and Kerry King (photobombing courtesy of Sheri Vengeanza), middle pic is Cassie Walker with Sandy from Fucked Up, and this pic just above us is Josh Middleton from UK Trash Motherfuckers Sylosis. My friend Mick Somerton is Stage Manager for those guys, which was cool. Small world. And when Alarum toured in Europe our friend/driver Zdenek played the shit out of those guys, so it was nice to say, “Josh, I’ve heard your albums like 400 times..” Ha ha ha. He’s singer AND rippin’ guitarist.

All in all, great day/night. Unless you’re ill.