It’s easy, watch the video below, do what he does, and thank me later. I’m sick of dudes who can sweep, tap, do all kinds of whacky shit on the guitar, but as soon as it’s time to shake a note, they have the strength of a 6 year old. Girl. Now, be a fucking man or fuck off. Paul Gilbert even said the two biggest challenges of most guitarists he’s encountered has been vibrato and phrasing.

George Lynch vibrato is  THEE DEFINITIVE METAL LEAD VIBRATO. Period. It’s slow, controlled all over the neck. Vibrato is supposed to emulate vocal vibrato. It also falls under the ‘feel’ category, so blues players will be less harsh on your robotic ass.You wanna be Tiny Tim or a MAN? Please, out of respect for ears around the world, be a man.

Do you REALLY want your guitar vibrato to sound like this guy’s vocal vibrato?

No? THEN DEAL WITH YOUR SHIT!!!

“It is better to have no speed and Lynch style vibrato than it is to have Guthrie style chops with nervous, shaky uncontrolled horseshit vibrato. I guarantee it.” 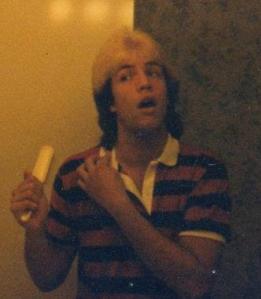 Me in 10th grade. I loved Lynch so much I did my hair like his. I copped a lot of shit for it, but fuck ’em.

A bit of in depth discussion on George’s vibrato

And instead of being a mad pussy, you’ll be GETTING mad pussy. 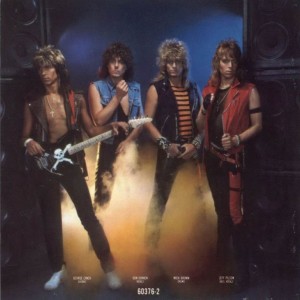 3 responses to “Fix your vibrato (Rock – Metal – Shred only)”