This was two weeks out of my life that happened 25 years ago. Bare with grandpappy.. 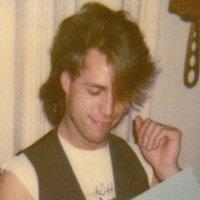 So…..I was 21 years of age (1990-ish). I was living in an apartment with two high school friends off Blossom Hill Road, and I was working as a cashier for long term parking at the San Jose International Airport.

One day there was a knock at the door, a guy was giving Free Personality Tests and selling the Dianetics book. My other two roommates weren’t into it, but I was quite interested in what my personality test would yield, so I was like, “Fuck it, I’ll do It..”

The guy sat at our kitchen table while I ripped through this 200 question beast. I gave him the completed test, and the guy (who was actually a nice guy) bailed.

A week or two later, this kid came back. He had a semi pained look on his face. He gave me the results to the personality test. I was in shock; the personality test had revealed I was a massive pile of shit. Looking back, it was probably a stock result they gave everyone. No matter, I was crushed. I thought I was pretty decent as far as humans go. Nope! The kid who gave me the bad news said he could help me become a better person. I’d take a three day class (for $120) that would put me on my way to becoming ‘clear’. So I paid and took the course.

I went to a building in downtown San Jose and I met up with the same kid, and he was going to administer the course to me. The coarse to becoming a better me consisted of quite a bit of reading and doing some written exercises after each little chapter. After I completed the writing aspect of each chapter, I then had to use physical objects taken out of this little tupperware container to show this kid my train of thought..I used Chinese Jacks. “So, Dad and I are arguing, and these Chinese Jacks represent me. These here (my other hand) represent my dad..Dad is mad because I want to grow my hair out and blahdee blah fuckin’ blah..” The guy looked pretty pleased at my commonsensical ways and I had ‘passed’. Now, these tests lasted from 9am-4 pm kinda deal, from what I recall. This was not a half day event.

I did that for 3 days. The kid said if I came back next week (for another $120 that I barely had), that I’d improve even MORE. So I did another week. This time, there was a movie I needed to watch, with how the E-Meter works, a brief history on L Ron Hubbard and Dianetics, that kinda shit. I also had the privilege of my first E-Meter session. Holding the two things in both my hands, I think I was half expected to get shocked. Nope, it just reaffirmed that I was still an asshole.

During the day, the kid introduced me to the man of that particular centre. The man liked me, and at the end of the day, offered me a job there at that centre. I’d start out as a handyman (his words)…General cleaning, changing light bulbs, etc. If I progressed further, I’d be enrolled in classes to get where ‘the kid’ was..He also told me if I left in the middle of the courses, that I’d have to pay for ALL OF IT. And we were going so well!

I wasn’t into any of it, but I acted like I was…I finished that day and fucked off home.

I got a call not too long after that last visit. They wanted to know if they could book me in for more fixin’, or what I thought of that totally awesome job opportunity that they had presented me with..I said, “thanks, but I’ll pass…on all of it..”

For months, even years, I was  harassed with phone calls, and letters, trying to get me back in. Even after I left that apartment and moved back to Fresno, my friends told me they’d still get calls and letters to me..

WOW!! Sometimes I forget that that happened to me. Trip out.

Anyways, my wife and I saw a documentary on Scientology called Going Clear today. It was awesome. Lots of people who were higher up in the organization basically saying that it was all horseshit. Great documentary.

This guy was one of the interviewees 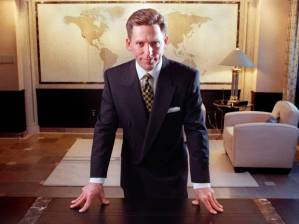